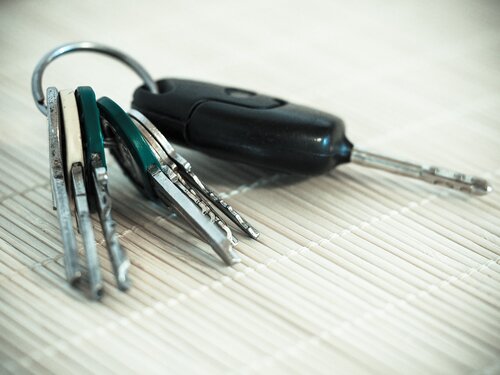 n 2017 there were more than 69,000 incidents of impaired driving in Canada, and federal statistics show that nearly four people die from impaired driving related accidents each day. In response to these numbers, the Canadian Government introduced strict penalties for individuals convicted of driving under the influence (DUI) of drugs or alcohol.

The new legislation, which came into effect in December of 2018, increases the maximum penalty for impaired driving and gives police more authority to test drivers for impairment. However, while this is aimed at making Canadian roads more safe, it has unintended consequences for people who have been convicted of a DUI in a foreign country and come to Canada as a foreign worker, temporary resident, or permanent resident.

Bill C-46 gives police officers more authority to demand breathalyzer tests from any driver they pull over, even if they do not have a reasonable suspicion that the person is impaired. This is similar to countries such as Australia, Denmark, France, and Ireland, and drivers must submit to the test or be fined a mandatory minimum of $2000.

More importantly from an immigration perspective, the penalty for impaired driving was raised from 5 years to 10 years imprisonment. By increasing the penalty, a DUI conviction now falls under the category of serious criminality, meaning it’s much more difficult for people to enter the country if they have a foreign DUI conviction.

As we discussed previously, foreign criminal convictions are assessed by comparing the foreign conviction with the equivalent Canadian legislation. If it is considered a crime in Canada, Citizenship and Immigration will categorize it as either constituting a summary offense, an indictable offense, or a hybrid offense. This classification is based on the length of the penalty in Canada and the seriousness of the offense, and determines how and when someone is deemed inadmissible to Canada.

Previously, a DUI fell under the category of “criminality”. An individual with a DUI in a foreign country was deemed inadmissible for ten years after they completed their sentence, at which point they would be considered rehabilitated and be admissible to Canada. They could apply for Criminal Rehabilitation to be eligible to enter Canada before the 10 year period was complete.

However, the longer penalty moves a DUI conviction into the category of “serious criminality”. This is more serious, and means that an individual must apply for and receive Criminal Rehabilitation before being able to come to Canada as a foreign worker or permanent resident.

Applications for Criminal Rehabilitation can be made five years after the completion of the sentence, and getting approved removes the DUI conviction as an obstacle to immigration to Canada. However, it’s a lengthy and expensive process that takes into account the amount of time passed, if the offense was an isolated incident, and factors such as whether the person is a danger to Canada and at risk of reoffending.

In some cases, individuals may apply for a Temporary Resident Permit. This does not deem the person rehabilitated, but allows them to come to Canada temporarily if they can prove there is an urgent reason and that they do not pose a threat.

Impact on Temporary and Permanent Residents Already in Canada

Another consequence of the new legislation is that it increases the impact of a DUI conviction for immigrants already in Canada. Because of the 10 year maximum penalty, a single conviction could trigger the deportation process under Canada’s Immigration and Refugee Protection Act. If convicted and sentenced to more than 6 months in prison, an individual will be sent to a deportation hearing without the right to appeal the deportation order.

Seek Assistance if you Have a Previous DUI Conviction

A DUI conviction in a foreign country is a common offense for many people coming to Canada as foreign workers or permanent residents. Canada’s new legislation increases the penalty for impaired driving, and this has a significant impact on how the offense is viewed at the border. Because it now falls under the category of serious criminality, individuals must be approved for Criminal Rehabilitation.

An immigration lawyer can help you understand the severity of your offense and help you navigate the process of applying for and receiving Criminal Rehabilitation. If you have been convicted of any offense in a foreign country, including a DUI, you should always contact a skilled immigration lawyer before attempting to enter Canada.