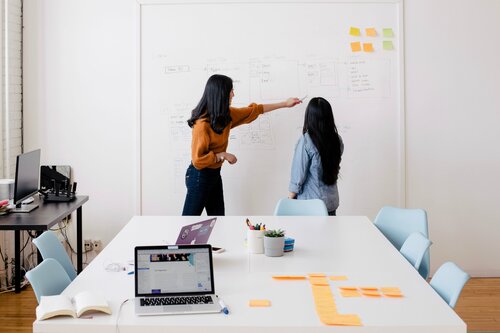 The Canadian Labour Market and the Shortage of Skilled Workers

The Canadian labour market is experiencing a shortage of skilled workers in a variety of different sectors. The issue of shortages is sometimes attributed to the natural ebbs and flows of the Canadian economy, and this is somewhat true. But Canada’s lack of skilled workers is reflective of a much more long-term issue. Canada, for a variety of social and economic reasons, has a declining birthrate and an aging population. There are not enough Canadian born workers to replace the fast retiring Baby Boomer generation, and this trend is predicted to continue while the birth rate continues to decline.

In order to protect and aid Canadian businesses who find themselves in need of skilled workers, the government’s immigration policies and directives are changing to attract people to the country and make it easier for companies to hire these foreign skilled workers.

What is the Canadian Government Doing?

The Global Skills Strategy is an initiative by Immigration and Citizenship Canada which is aimed at helping companies and businesses attract foreign talent in a timely and straightforward way. This includes shorter application processing times and exemptions from having to acquire work permits. Put simply, the government has identified certain skilled workers who are in demand and has created programs which can significantly speed up the process of bringing these workers to Canada.

Typically, a company hiring a foreign worker must receive a positive Labour Market Impact Assessment (LMIA). The LMIA for highly skilled workers is usually processed in about 4 months. However, through the Global Talent Stream applicants can be exempt from requiring an LMIA and will be fast-tracked to a two-week work permit processing time.

This is applicable to businesses who are looking to acquire workers who are currently outside of Canada, and who have a job position they are looking to fill which is listed as one of the specialized positions under the Global Talent Occupations List. These have been recognized as positions which require skills that are in low supply in the Canadian workforce. The employer is also held to several other requirements and a processing fee of $1,000.

The following categories of work are the most recent which are listed as lacking skilled workers in the Canadian labour force. Notably, some have extra qualifications such as length of experience in a related position that is required. This list is occasionally updated to reflect the current labour market needs. Consult with an immigration lawyer to make sure you understand the requirements for each category.

What Can Businesses Do?

Along with the fast-tracked federal programs, there are also provincial programs which can be an asset for companies looking to hire skilled workers. These programs identify and target specific, time-sensitive labour needs of the province. Having a valid offer of employment provides a basis for approval through these programs and can also provide a fast-tracked means for gaining permanent residence for the worker.

It can be a difficult position to be in as a company looking for a skilled individual to help them grow and not being able to find the right worker in Canada. Although the legal processes required to hire foreign talent are designed to protect the Canadian labour market, not being able to supply Canadian companies with the talent they need is also damaging, and the government has recognized that.

Understanding the services and opportunities the Canadian government is offering in order to assist you in getting the workers you need for your business can be tricky. Immigration policies are also constantly updating and shifting depending on current legislature. Having an informed legal advisor working with you is essential through this process.