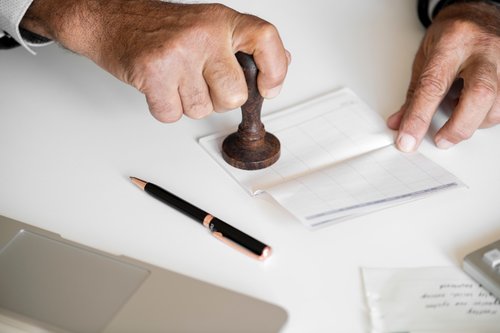 How Conviction of a Criminal Offense will Impact Entering to Canada

As a professional worker looking to enter Canada, it is important to understand how criminal convictions that have been acquired in other countries will affect you. Citizenship and Immigration Canada looks at each applicant’s criminal record to assess the risk of whether that individual is likely to be involved in criminal activity after they enter Canada.

Criminal records are assessed by comparing foreign convictions with the equivalent Canadian legislation. For example, if someone is looking to enter Canada with a conviction of driving under the influence of alcohol, an assessment of that conviction will be made by comparing it to Canadian DUI offences.

If someone was given a DUI in a country with a zero-tolerance policy, or one that is stricter than Canada’s limit of 0.08%, that conviction may not be considered as an equivalent offence. For example, China has a 0.02% limit, and so if someone was convicted based on being tested at that standard while below Canada’s limit, that conviction may not be held as relevant to the individual’s immigration status.

For a foreign conviction which is considered a crime in Canada, Citizenship and Immigration Canada will categorize it as either constituting a summary offence, an indictable offence, or a hybrid offence. This classification determines how and when someone is deemed inadmissible to Canada, which simply means not automatically permissible to enter Canada at that time.

A summary offence is generally not considered a major impediment to entering Canada and does not have a period of inadmissibility following completion of sentencing.

An indictable offence is considered a more serious criminal act, and the individual is can be deemed inadmissible for ten years following the completion of their sentence if the comparable criminal offence in Canada is punishable by 10 years or more, this is known as serious criminality. This is regardless of how long the individual served for the conviction, or how serious the act was classified in the country where it was committed.

The number of committed offences is also taken into consideration. If the applicant has more than one summary offence on their criminal record, they will likely be deemed inadmissible until five years have passed since the completion of sentencing for those convictions. With multiple indictable offences, the individual is usually deemed inadmissible to Canada with no period of time after which they would automatically be allowed entry. These individuals would have to pursue other means of gaining entry to Canada.

There are two main ways to attempt to enter Canada after being deemed inadmissible due to criminal convictions.

Criminal Rehabilitation is granted when the individual is considered no longer a risk due to their criminal record and has been considered reformed. Factors that are considered in determining whether someone is eligible to include the amount of time that has passed since the conviction, if the act was an isolated event, and through considering factors such as community involvement, work history and personal references to establish the status of rehabilitation. Getting approved removes the conviction as an obstacle to immigrating to Canada. However, it can be quite a lengthy process. Applications for Criminal Rehabilitation can be made five years after completion of the sentence.

A Temporary Resident Permit does not deem the person rehabilitated from their conviction, but rather allows the individual to come to Canada temporarily by determining that despite the conviction, the individual does not pose a threat. This requires a pressing, urgent reason for coming to Canada to be established. As a professional worker, this means proving that they are critical to the company or business and are not reasonably replaceable. Oftentimes individuals will get a temporary resident permit for quick entry to Canada, while they wait for their Criminal Rehabilitation Application to be approved.

The Importance of Seeking Out an Expert

Determining the equivalent conviction in Canada can be quite complicated since across countries different terms are used to classify similar offences and differ frequently in what they consider minor or major criminal offences. Committing an act which is an offence in Canada, but which was not a criminal offence in the country the act was committed to, can also have implications for immigration. An in-depth understanding of Canadian criminal law, and laws of the country where one is attempting to enter from, is necessary to determine how to enter Canada successfully.

Understanding the process of how to challenge a charge of misrepresentation is important and getting professional expert legal help can help avoid the many issues which can come up in applying for entry into Canada. It is the best way to assure you have collected all the correct and useful documentation, for successful timely immigration.