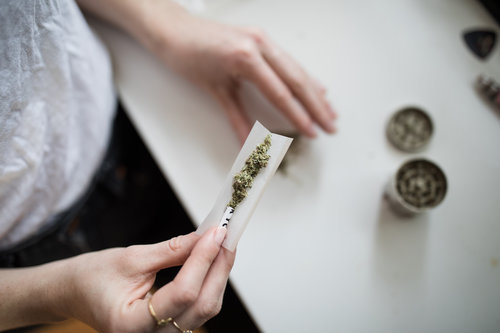 What Professionals Should Know About Travelling Since Cannabis Legalization

In October 2018, Canada legalized the possession and use of recreational cannabis. Since then, the legal cannabis industry has grown and expanded, retail outlets have opened across the country, and Canadian usage of cannabis has increased to around 18 percent of the population, with a significant number of people trying it for the first time.

When we last talked about cannabis, the new laws had just taken effect, and there was a lot of uncertainty and fear over what legalization would mean for people travelling to the United States. So what have we learned in the 8 months since legalization, what should professionals know before crossing the border, and how should Canadian companies respond to the new legislation?

Cannabis Remains Illegal in the US

Although a number of US states have legalized recreational or medical use, cannabis remains illegal at the federal level and is listed as a Schedule I controlled substance. Professionals crossing into the US, whether for work or tourism, need to understand that federal law applies at the US border, and US Customs and Border Protection (CBP) agents may ask about past cannabis use when determining admissibility into the US.

Officially, the US Embassy states on its website that the procedures for dealing with Canadians have remained the same following legalization. Similarly, Canadian Public Safety Minister Ralph Goodale recently said that there haven’t been any additional lineups or disruptions at the US border since the law changed.

However, the questions you are asked are solely up to the CBP agent you are dealing with, and the decision to allow you into the US is usually up to their discretion. Admitting to previous cannabis use at the border may be enough to deem you inadmissible, even if you have not been convicted of a crime.

Additionally, while the Canadian Government is seeking to expedite the process of receiving a pardon, or record exemption, for simple possession convictions, the US is not obligated to recognize it. Anyone with prior cannabis convictions may still face difficulties at the border and should always consult an immigration lawyer before attempting to travel.

What Do Cannabis Workers Need to Know When Travelling?

As the industry grows, many Canadians are involved either directly or indirectly with the cannabis sector. Upon legalization, the CBP issued a statement saying that legal cannabis workers travelling to the US for reasons unrelated to work will generally be deemed admissible. However, entering the US for any reason related to work in the cannabis industry, including attending conferences, touring facilities, meeting with investors, or doing business with US-based cannabis companies, may lead to inadmissibility.

Since legalization, there have been reports of Canadians who work in the industry facing additional questions and tougher screening at the border. One Canadian investor was banned from entering the US after attempting to travel to a cannabis conference in Las Vegas. Cannabis workers should be aware of the risks of travelling and be clear about the purpose of their trip when asked at the border.

What Should Canadian Companies Do When Sending Employees to the US?

All companies, regardless of the industry they are in, need to be aware of the impact cannabis use may have on their ability to send employees to and from the US. Companies that depend on cross border travel or have offices in both countries should take steps to educate employees on the potential issues they may face at the border. Companies can also train employees on proper border procedures and the types of questions they may be asked by agents. In some cases, it may be beneficial to create company policies around cannabis usage, especially if international travel is critical to an employee’s role. When planning trips, companies can also inform their immigration lawyer in advance and have them on standby when the employee arrives in case they need assistance.

The US is a major trade and tourism partner to Canada, and travel between the two countries will continue. However, the legalization of cannabis in Canada has introduced new challenges for professionals and companies who need to send employees across the border. Prior cannabis use, or a previous conviction, maybe enough to be deemed inadmissible to the US. Travelling to the US for any cannabis-related work, even to a state where it is legal, is also enough to be turned away.

Companies and professionals need to be aware of the laws governing cannabis use and the impact they will have when travelling. If you are in need of assistance, you should contact an immigration lawyer before attempting to enter the US.