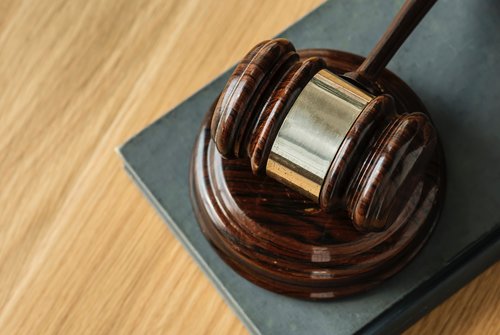 Your Application Has Been Denied. What are the Next Steps?

The Canadian Government considers a variety of factors when evaluating your application to come to Canada, either as a permanent resident or as a foreign worker. Despite your best efforts, your application may be denied. When this happens, there are some next steps you can take to challenge the decision and try to achieve a positive decision.

The way you do this will depend on the type of application you originally filed. For sponsorship applications, admissibility issues, or permanent residence applications, you have the right to appeal with the Immigration Appeal Division (IAD) of the Immigration and Refugee Board (IRB). If you applied for a work permit, you must file for judicial review with the Federal Court of Canada.

This article will introduce the two options and explain how each comes to a decision on your application.

Appealing a Decision on Sponsorship, Admissibility, or Permanent Residence

If your application for sponsorship or permanent residence is denied, or you face admissibility issues or removal, you have the right to appeal the decision and receive a new hearing.

These cases are handled by the IAD and heard by a Board Member who has the authority to overturn the original decision. The appeal follows an administrative tribunal process, which is similar to a court proceeding but less formal. New evidence can be introduced, witnesses can be called, and you can testify and answer questions during the hearing.

An appeal may be granted if the Board Member determines that there was an error in law or fact in the original case, or if there was a breach in the principle of natural justice. While you are not required to have a lawyer or council, it is highly recommended that you work with an immigration lawyer who has experience in these types of cases and who has appeared before the IAD previously.

If your work permit has been denied, the next step you can take is to file for a judicial review in the Federal Court of Canada. As the name suggests, the judicial review does not make a determination on the case itself, but instead reviews whether the decision made by the original immigration officer was unreasonable, or if certain procedural rights were not granted to the applicant.

This is important, because even if the decision was incorrect, it must be deemed unreasonable that an officer could arrive at this decision given the application. If the Court finds it unreasonable, they will grant leave for the case to be reconsidered by a new immigration officer. At this point, you may be able to have a hearing.

The judicial review works differently than the appeal process with the IAD because the decision to grant leave is based solely on the original information that was included in the application. There is no opportunity to introduce new evidence, call for witnesses, or testify.

Another difference is that only a lawyer may file for judicial review and be present during the proceedings. This means that immigration consultants, for example, cannot represent you. If you have used an immigration consultant, they will have to turn the case over to a lawyer, costing you time, money, and effort to start over from scratch.

Because the decision is almost always based on the original application, and the standard for having a decision considered unreasonable is so high, it may be better to simply reapply with a stronger application that includes any missing information or other documentation that would support your work permit being granted. You should always discuss your options with an immigration lawyer.

Going to Court is an Option if Your Application is Denied

Not all applications to come to Canada are approved. If your application is denied, you still have options to challenge the decision and get it overturned or reconsidered by another officer.

Still, going to court can be difficult, time-consuming, and expensive. The best way to avoid having to pursue these options is to get the application right the first time. A skilled immigration lawyer can identify any areas that you may have missed, or help you with supporting documentation that strengthens your application. This way, you can potentially avoid having to go through litigation and having your arrival in Canada delayed or denied.